Corporations love control. As corporations grow in size, control in the form of rules, manuals,
guidelines and follow up reports becomes the glue that holds them together.

Problems occur when the corporate world and the creative world collide. Often, corporations
love control and are scared of creativity because it’s the opposite of control. With no rules and no
guidelines, creativity cannot be managed in any shape or form. And with no law comes no
accountability. Creativity is the bane of the corporate world.

This is why digital advertising is so widely embraced. It’s advertising with control as well as
accountability. Now ads can be measured, counted, sorted and boxed. Targeting takes precedent
over creativity, and the consumer is bombarded with dull lifeless ads. The sheer number of ads,
some costing mere pennies, overrun today’s consumers. The human brain cannot process all the
information and, in effect, ads become invisible. Yes, they were placed in front of the consumer,
but they were about as effective as a year old flu shot.

I believe in magic I believe in emotion. A person who courts another is not presenting spread sheets
and reports. They use emotion. Effective advertising does the same. Take away the creativity and you
take away the emotion—you take away the magic. “You can tell just when a good campaign is about
to die. The marketing manager says, ‘I love this campaign, I wish we could run it.’”

It’s time for corporations to believe in magic. 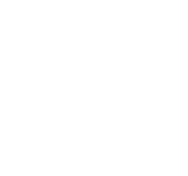 bird is the word